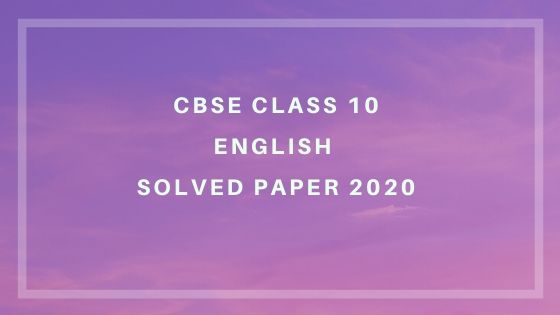 1.1 a) The dancing girl belongs to

1.1 c) Which information is not given in the passage?

Ans) She cannot be rediscovered as she’s bronze.

Ans) It appeals to us despite the passage of time.

Ans) why museums in our country are exciting.

2.1 a) Write one advantage and disadvantage of allowing each member to give a suggestion?

2.1 b) In today’s world, what are parents asking their kids?

They empower their kids to make decisions from a very early age.

2.1 c) Which 2 pieces of advices does the writer give to the parents?

The parents should step into the children’s world by listening to them and their children’s silences and insist them that they share their stories. Parents should also give at least half an hour of quality time to the kids.

2.1 d) The passage supports the parents. How far do you agree with author’s views? Support your view with a reason?

Yes, I agree to the author and there would come a time when parents need to lessen the generation gap. The parents always talk of child’s betterment so one step can be taken by kids and one by the parents. There is no support and against in the parent/children relationship.

Section B – Writing and Grammar

To Maxwell Institute of Languages

This is regarding your advertisement in the newspaper on the Diploma course in French offered in your institute. I am a student of class 10th and have just appeared for my Board examination. As I would like to get more information regarding the same, I would be grateful if you could send me detailed information about the course so that it would enable me to move on to the next step seeking admission in reputed institution like yours. Please forward the following details at the earliest.

I would be thankful if you could also mail me the available prospectus for the same in reply to this letter on the above mentioned address.

(a) What were Lencho’s feelings when the hail stopped?

Lencho’s soul was filled with sadness. When the storm had passed, he stood in the middle of the field and said to his sons, “A plague of locusts would have left more than this. The hail has left us nothing. This year we will have no corn.” Lencho thought only of his one  ultimate hope, the help of God.

(b) Why did Peggy and Maddy not wait for Wanda?

Peggy and Maddy did not wait for Wanda because it was drizzling. Maddie and Peggy hurried to school under Peggy’s umbrella as today was important because Miss Mason was about to announce the winners of the competition on that day.

(d) What was the major flaw in Tricki?

Tricki’s only fault was greed. He had never been known to refuse food; He would tackle a meal at any hour of the day or night which turned out to be his major flaw.

He happened to step in some mud, and left footprints as he walked. But fortunately he escaped easily enough from the boys who followed his footprints in London.

(f) How is Ausable different from other secret agents?

Ausable was very fat and then there was his accent. Though he spoke French and German passably, he had never altogether lost the American accent he had brought to Paris from Boston twenty years ago.

(a) What lesson did Kisa Gotami learn the second time she had failed to learn the first time?

She learnt the second time when she goes to find mustard seeds from a house which has not lost any one to death. Not from weeping nor from grieving will anyone obtain peace of mind; on the contrary, his pain will be the greater and his body will suffer. He will make himself sick and pale, yet the dead are not saved by his lamentation. He who seeks peace should draw out the arrow of lamentation, and complaint, and grief. He who has drawn out the arrow and has become composed will obtain peace of mind; he who has overcome all sorrow will become free from sorrow, and be blessed.

11 a) He was about forty, red-faced, cheerful, and thick about the middle. His working clothes were dirty and well-worn, but he had a friendly manner. He was so open and friendly and the kindness of hack driver was real.

(b) Bishamber was a rich man who had a big shop, a house of his own and had several thousands in the bank. He was aged and also limps. Moreover, the children from his first wife are quite grown up too. Bishamber Nath was a well-to-do grocer who was going to marry Bholi. But she refused to marry him because he demanded for thousands of money to marry her in the name of dowry just because Bholi had pox marks on her face. Instead she decided to teach in the school and serve her parents in their old age. 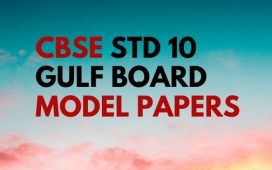 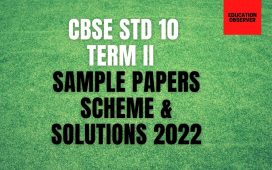 CBSE Class 10 Term 2 SQP and Solutions for All subjects 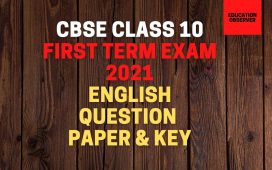 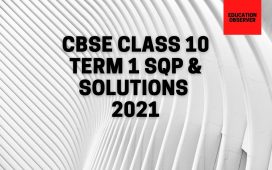