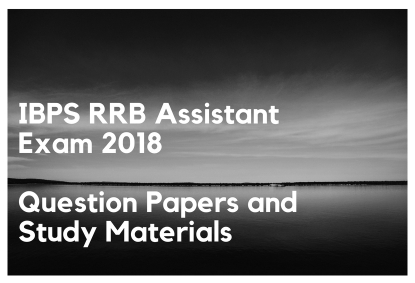 IBPS started the Common Recruitment Process for Recruitment of Office Assistant (Multipurpose) in Regional Rural Banks (RRBs). The online Preliminary examination will be conducted by the Institute of Banking Personnel Selection (IBPS) tentatively on 19th, 25th August and 1st September 2018.

Bachelor’s degree in any discipline from a recognized University or its equivalent and
(a) Proficiency in local language as prescribed by the participating RRB’s
(b) Desirable: Working knowledge of Computer.

The structure of the Examinations which will be conducted online are as follows:

Total Time Allotted for IBPS RRB OA Preliminary Exam is 45 minutes, candidates can choose either English/ Hindi as their medium of examination.

Total Marks 200, Time allotted for the examination 2 hours, candidates can choose either English/ Hindi as their medium of examination.

Download free books, notes and study materials for preparation from the links below. 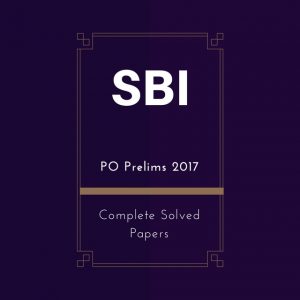 State Bank of India- SBI had conducted the Probationary Officer selection Preliminary Exam  (Phase I ) on various dates in the month of April and May 2017. We are providing the SBI PO Prelims exam 2017 solved question papers (Memory Based) with exam analysis and cut off marks.

Directions (1-6) : Which of the phrases (1),(2), (3) and (4) given below each sentence should replace the phrase printed in bold in the sentence to make it grammatically correct? If the sentence is correct as it is given and no correction is required, mark (5) as the answer.

1. In the modern day, it is common to say you are bored to death if someone or something is incredibly uninteresting.
(1) bored of death
(2) bored from death
(3) bored till death
(4) bored until death
(5) No correction required

4. In Indian democracy, It is necessary for the citizens to beware of all the political facts about every political party.
(1) be aware of
(2) be aware for
(3) beware for
(4) be aware to
(5) No correction required

5. Were going to have to put down our summer vacation until July because of the bad weather conditions.
(1) put off
(2) put across
(3) put out
(4) put back
(5) No correction required

Directions (1-5) : What will come in place of the question mark (?) in each of the following number serits ? 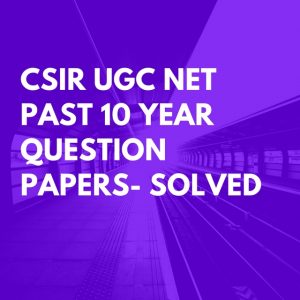 CSIR holds the Joint CSIR-UGC Test  for determining the eligibility of the Indian National candidates for the award of Junior Research Fellowships (JRF) NET and for determining eligibility for appointment of Lecturers (NET) in certain subject areas falling under the faculty of
Science & Technology. We collected last 10 years question papers and keys of each of the subjects and you can download it from the links below. 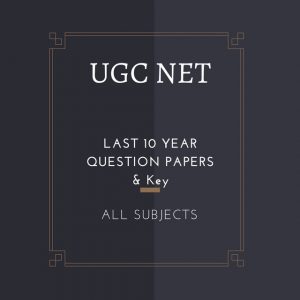 The Next UGC NET Examination is Scheduled on 05th November, 2017 (Sunday).

We compiled the Question paper and Answer keys of each subject of UGC NET examination for the past 10 years. Both paper 1 and paper 2 last year question papers and answer keys of UGC NET is attached here for free download. All papers are in PDF format. 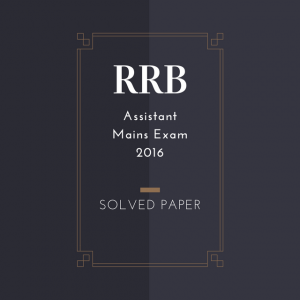